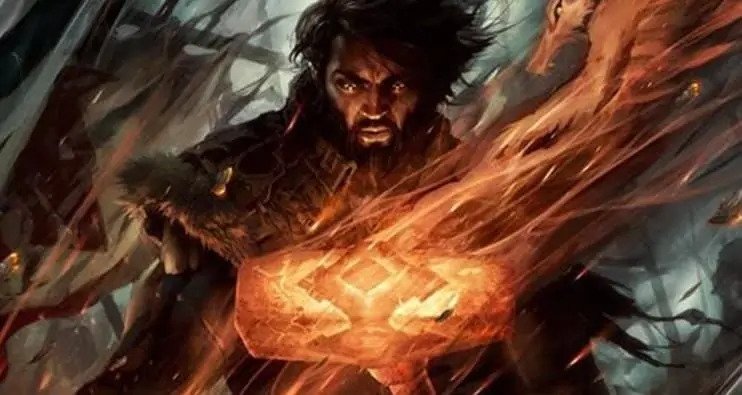 SPIRITUAL WEAPON: WHAT IS IT? 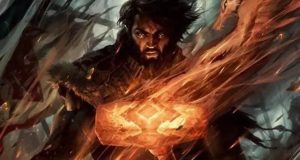 The ability to create a floating weapon is provided by the second-level evocation spell Spiritual Weapon.

They are permitted to maneuver the weapon. It is used to cast a melee spell attack for one minute.

The spell inflicts Force damage on the target of 1d8 + the spellcasting ability modifier.

Manuel Castaon’s Wizards of the Coast

Within the range, you summon a floating, spectral weapon that lasts for the duration or until you cast this spell again. You can use the spell to make a melee spell attack against a creature within 5 feet of the weapon when you cast it. When you hit, you deal force damage to the target equal to 1d8 + your spellcasting ability modifier.

You can move the weapon up to 20 feet as a bonus action on your turn and repeat the attack against a creature within 5 feet of it.

You are free to choose the shape of the weapon. As St. Cuthbert is known for his mace and Thor is known for his hammer, clerics of those gods make the effect of this spell resemble that of the associated weapon.

During Higher Levels. Every two slot levels above the second, when you cast this spell using a spell slot of third level or higher, the damage rises by 1d8.

Analysis Of Spiritual Weapon From A Mechanical Point Of View:

When Spiritual Weapon enters the picture, there are numerous mechanical considerations that a player or DM will need to make.

Spiritual Weapon is no different from most spells in that there are a few mechanical factors to take into account.

Scaling, when using the spell at the 9th level is not a very viable strategy because you will only ever get one slot per fight, we can look at the scaling and figure out which level it is most effective at.

The simplest answer is that you should cast this spell at level 4 if you have the available space because clerics don’t have access to any other damage spells at that level. Actually, their repertoire for the fourth level is pretty bad. Consequently, using it won’t feel bad. Banishment and an upcast of Inflict Wounds are the only other powerful spells available to clerics at this level.

The following is how Spiritual Weapon’s average damage increases with level:

At every level, Spirit Guardians will outperform Spiritual Weapon, but keep in mind that you can still cast an additional spell while having both up. However, it might be wiser to reserve the Spiritual Weapon spell slot for a different spell that deals burst damage in a more crucial battle.

Clerics don’t have a lot of powerful spells at their disposal, but a 4th level Inflict Wounds deals roughly three times as much damage as a Spiritual Weapon’s initial blow, so you might be able to finish off a creature more quickly with just Spirit Guardians and Inflict Wounds.

As the attack counts as a melee spell attack, spiritual weapons have the potential to critically strike. As a result, a natural 20 on a hit roll will result in a critical hit and double the damage dice. Even for attacks that come later, this rule is still applicable. People occasionally forget that Spiritual Weapons do receive critical strike damage, so keep that in mind when rolling for it.

Except for spells that expire due to timing issues or being too far away, spiritual weapons cannot be destroyed. They have no hit points and are immune to damage.

Either carrying or using:

You can only have your Spiritual Weapon float nearby; you cannot carry it or use it in any other way.

Triple Spell the Bonus Action of casting Spiritual Weapon includes the initial melee spell attack. You still have your main action available at that turn, but since Spiritual Weapon is a leveled spell, you would need to cast a cantrip

Despite the fact that you are allowed to have more than one Spiritual Weapon active at once, you can only move and use one of them to attack each turn because you are not allowed to use your action to do so.

The concept of flanking does not require the attack to originate from your position, only that an ally must be on the opposing side. As a result, while their ally will not, the Spiritual Weapon caster will experience flaking

Due to the fact that Spiritual Weapon is a melee spell attack rather than a melee weapon attack, it is ineligible to smite.

Due to the fact that Twinned Spell does not target a creature, you cannot use it with a Spiritual Weapon.

The caster will receive an attack of opportunity with their melee weapon or a wild weapon if they are both close to the same creature, but not with a Spiritual Weapon.

There is no reason why a Polymorphed creature couldn’t move and attack using the Spiritual Weapon. Since the subsequent uses are not regarded as spell casts as long as the spell was cast before the creature was Polymorphed.

Spiritual Weapon does not reside in the location it is currently in, as Jeremy Crawford clarified on Twitter. There is therefore no barrier preventing a character from passing through it. They would not suffer any harm or bring to mind any attacks as a result of this motion.

EXPLANATION OF SPIRITUAL WEAPON USE:

An advanced spell, Spiritual Weapon’s first cast is. Players are still free to use Spiritual Weapon while simultaneously casting a Cantrip like Sacred Flame or Toll the Dead. They will have the option to use another leveled spell on subsequent turns while moving the weapon and attacking with it!

Clerics and Divine Soul Sorcerers are the only two classes with this spell as an innate ability. The spell works well with both classes and has useful applications in both.

Even at the lowest level, Spiritual Weapon provides a significant damage boost to the caster. This damage increase can be game-changing in low-level fights. But it can be equally game-changing in terms of extra damage.

Being able to cast some other spell during the turn of the player after both Spirit Guardians and Spiritual Weapon have been cast makes this combination of spells, particularly damaging.

The use of spiritual weapons does not grant flanking or allow for attacks of opportunity. So, dungeon masters should keep that in mind. Allied creatures are necessary for flanking and unplanned attacks.

Due to the fact that spiritual weapons are not creatures. Players can and will attempt to increase the damage they deal with them by flanking and using attacks of opportunity.

The spell makes it clear that Divine Sorcerers and Clerics who have a particular God as their allegiance will have their Spiritual Weapons take on the appearance of that God’s weapon.

This spell will therefore be almost certain to be in the spell book of a character. They seem to be a cleric or sorcerer who serves as an ambassador or protector of their God. Demigods or Gods themselves, perhaps Lesser Gods, are other candidates for those who might naturally possess this spell.

Characters that have the ability to cast Spiritual Weapon are likely to be devotees. Only three classes—clerics, divine soul sorcerers, and bards—have access to the spell. Bards can learn it starting at level six for lore bards and level ten for all other bard subclasses.

It would be interesting to have a Lore Bard on the Spiritual Weapons roster if interested in the divine. When paired with their weapon assaults and other spells, spiritual weapons would produce a significant amount of damage.

Strong demigods, lesser gods, or divine ambassadors may possess Spiritual Weapons as a component of their natural spellcasting if they are directly divine rather than a follower of the divine.

An effective spell is, in essence, what a spiritual weapon is. Because it may be used in conjunction with other spells to increase the damage output of any caster. Its timing makes its damage output extremely valuable.

These characteristics make it an advantageous spell to learn whether a character is melee- or ranged-focused. They also give it additional utility for characters who rely on weapon attacks. They must maintain their primary action free to utilize those attacks.

Good luck on your trips and do not forget to carry this powerhouse in your back pocket!

No, you cannot make a character’s primary action the usage of it. It can only be applied as a Bonus Action.

No. Walls are not a barrier to spiritual weapons.

No. Spiritual Weapon does not need a Line of Sight, as Jeremy Crawford stated on Twitter. The attack roll is made with a Disadvantage if the target the caster is swinging at is one they can’t see.