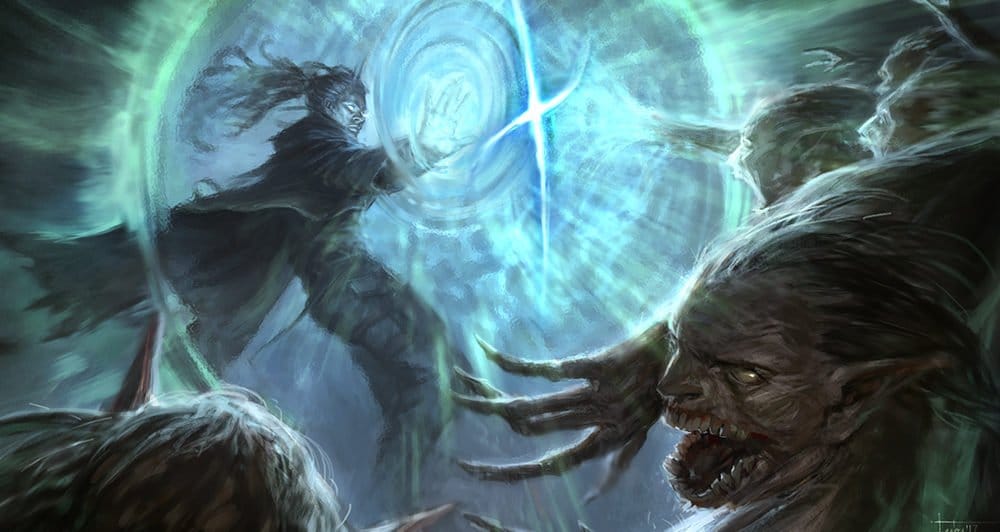 Counterspell DnD 5e Mechanics and Guide to Using it

You attempt to disrupt a creature who is casting a spell. If the creature casts a third or lower-level spell of the third or lower level, the spell fails and has no effect. Make an ability check using your spellcasting ability if it is casting a spell of 4th level or higher. The DC is equal to 10 plus the level of the spell. If you succeed, the creature’s spell will fail and have no effect.

When you use a spell slot of 4th level at Higher Grades to cast this spell, the disrupted spell has no impact unless its level is below or equal to the level of the spell slot you used.

What exactly is a Counterspell?

Who is capable of casting Counterspell?

Starting at the fifth level, Sorcerers, Warlocks, and Wizards can cast this. When a spellcaster achieves Magical Secrets, he or she can cast this spell (10th level for all, 6th for Lore Bards).

Eldritch Knights and Arcane Tricksters can use the spell once they reach the 13th class level and have their first 3rd level spell slots.

When should I use Counterspell and where should I cast it?

Counterspell is used to prevent powerful spells from being cast in battle. You will have to counter the spell before you can see the full extent of its effect, so use caution when casting it.

What is the benefit of using this?

If someone is capable of casting this spell, should do so. The ability to say “no” to a spell has always been useful.

2.    Does a cantrip allow you to cast a counterspell?

Yes. The default behavior of counterspell is to nullify a cantrip.

Yes. Your spell-casting action could be retaliated against by doing the opposite.

4.    Can you Counterspell Power Word Kill?

Yes. Since Power Word Kill is a spell, therefore it can be countered.