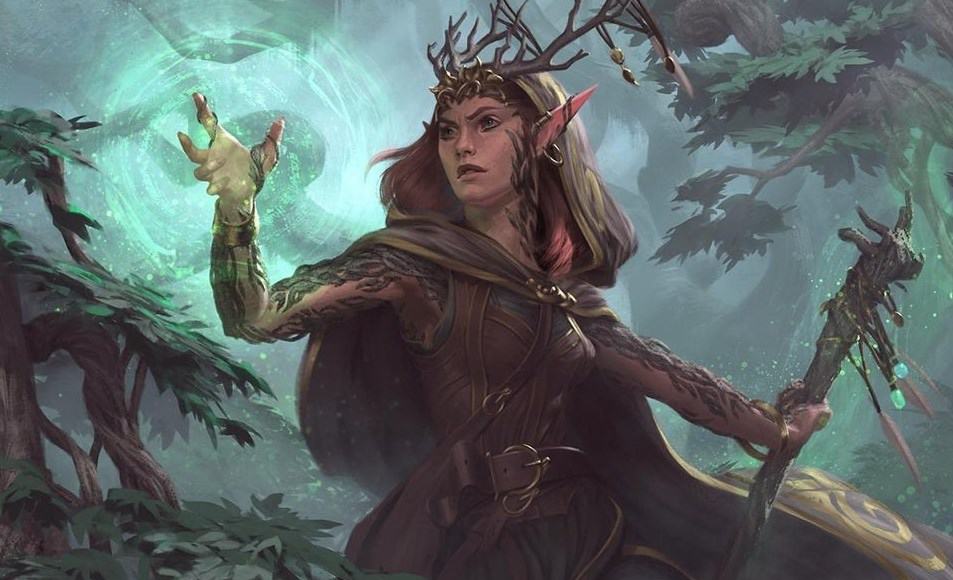 This is fire-like sacred flame 5e magic, that does more than just set things on fire. There’s a lot of flexibility in how Faerie Fire 5e. Faerie Fire 5e has a wide range of applications and can be a lifesaver against specific types of enemies. Faerie Fire is great at its niche.

But how do you employ a spell of this nature? What kinds of critters does it work best with? How would you give it your character’s flavor? Reading our Faerie Fire 5e guide will answer all your queries.

Faerie Fire 5e: What Is It?

Here is what the spell involves, by the Player’s Handbook:

Within the range, everything in a 20-foot cube is highlighted in either blue, green, or violet light. The area will illuminate if a creature fails a Dexterity saving throw in the area. A 10-foot circle of faint light is cast by impacted objects and creatures throughout the duration. Any attack roll made against a creature or item that is affected gets an advantage if the attacker sees it. The affected creature or object cannot receive the advantages of invisibility.

First, it simply needs a vocal component and requires an action to cast a 60-foot radius. It can endure for up to a minute, but you must focus on it to keep it going. As a result, you cannot cast another spell that requires concentration or take damage without making a constitution-saving throw.

Bards and Druids can use this first-level evocation spell when a 20-foot cube is outlined. Blue, green, or violet light is used to outline anything inside this cube. If any animals are present inside this radius, they must succeed on a dexterity saving throw, failing which they will be illuminated. The creature cannot become invisible, attacks against it have an advantage, and they shine for a 10-foot radius.

Faerie fire casts a bright outline around objects and creatures to make them easier to see and attack. There are a few different maneuvers that the caster of this spell is capable of. The fact that at first glance it may only seem like a free advantage on an attack roll. For starters, the spell has a duration of one minute, or 10 rounds of combat lasting 6 seconds each, giving a target 10 rounds of advantage!

Those extra ten rounds might be all you need to break through the AC and take down the enemy if you are fighting a large foe with a lot of AC and a lot of hit points. Especially if your fighter or paladin has a talent that allows for multiple attacks.

However, there is one situation where the spell works perfectly. That is against 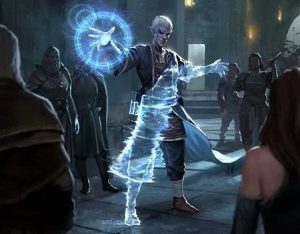 One of those spells, invisibility, is excellent when you can use it, but it’s terrible when your opponents can use it and you can’t stop them. Characters become invisible to the naked sight as well as any items they are carrying, although it always disappears once you fight or use a spell. Despite this, unseen characters have an advantage during their first attacks, suffer from disadvantages during attacks directed at them, and damage does not completely reveal the creature.

Greater Invisibility is another option, and it lasts throughout an attack or spell cast. Instead, it lasts the entire minute (10 rounds of combat), which can make fighting opponents considerably more difficult because hitting unseen creatures has disadvantages. Nobody enjoys 10 rounds of shadowing a box as an invisible opponent easily defeats you.

In the base game, Invisible Stalkers, enormous chameleons, pixies, specific demons, and other undead can turn invisible. Furthermore, any creature can be made invisible by changing a few numbers. So, if you want your characters to run into invisible opponents, they will.

The initial attack has the advantage, especially if it comes as a surprise because it might be a disastrous first round for a party. Fairie fire can increase invisibility.

You can detect invisible creatures, even if you can’t see them, often through sound or smell. Using fairie fire on an area where you suspect an invisible creature to be can help illuminate them and they lose all the benefits of being invisible. You can also use the spell during combat on areas as well, illuminating any invisible creatures who might be lurking in the shadows.

Granted, most of these monsters have at least average dexterity modifiers, but if you level up and increase your spell save DC, you can counter them. This can help you turn the tide during larger battles against invisible foes, making the fight more even. Since it’s a first-level spell, you can also keep casting it at higher levels until it works.

Once you can see them, you can hit them, and if you can hit them then combat becomes a breeze afterward! There’s no reason not to have this spell if you are fighting invisible creatures. 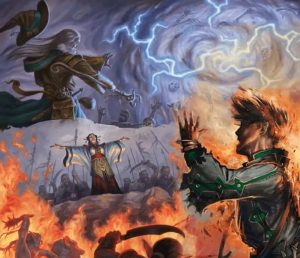 Even though most of the game’s races have a dark vision, spells can make them light, or at the very least a torch. But there are times when you can find yourself in a situation where the typical methods of generating light are ineffective. In addition to giving you an advantage by illuminating nearby objects and creatures, faerie fire also makes them emit faint light in a ten-foot radius.

Even objects like furniture or rubble can serve as lanterns and temporary light sources as you fight to return to the light because this weak light can be sufficient to counteract the darkness. The majority of the time, you will be able to generate light, but fairie fire is a useful spell to have in case you find yourself in a situation where it is too dark.

How Can You Flavor Faerie Fire 5e?

You can add a lot to the flavor and roleplay the spell if you’re the kind of player who wants to say more than “I cast faerie fire.” Start by asking your DM to change the light’s hue, even if the official description specifies that it must be blue, green, or violet. Given that the alteration is purely aesthetic and your character may have a favorite color or a color that is significant to them, most DMs won’t disagree.

When casting Faerie Fire, you can use any words you wish because the spell simply requires your voice. You can say anything that makes sense, depending on your character, and then have them throw the colored cube away.

Druids may even perceive fairie fire as something thrown forth that blankets all opponents rather than actual light, such as glowing lichen or moss. You can do a lot with it, so don’t be hesitant to give it a shot.

You can use this spell defensively as well as offensively, to fight invisibility or to give you an advantage over your enemies. Everyone inside the cube, including your allies, must succeed at a dexterity save. Your high AC paladin and fighter will get an advantage if they fail the save (since they can either roll poorly or decide to fail).

Rather than attacking the squishier opponents, enemies will frequently begin attacking the high AC and high health tanks in the group. Your bards, druids, and wizards can now launch ranged attacks, and your tanks should be able to defend themselves. Getting faerie fire cast on you while enemies surrounding you is shocking. You should discuss this strategy with your team members first. You should also be careful where you cast it because it will change things if you keep in mind that everyone must make a dexterity save. 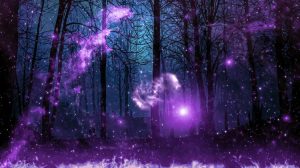 How Well Does The Spell Scale?

One of its drawbacks is that it only has one saving throw, negates invisibility, grants your characters an advantage in all attacks, and lasts for 10 rounds. Having the possibility of a certain advantage is always advantageous, especially when facing larger monsters later on in the game. When it comes to killing them, 10 turns is usually sufficient. Furthermore, it only uses a first-level spell slot, making it possible to use it frequently at higher levels. It will still provide the same advantages without the use of higher-level spell slots. Most players will use this effective spell until the very end of the game.

Faerie Fire is a coating of light that illuminates targets; There is no actual firing. You can effectively roleplay it and think of it as a “faerie light.” The Faezress in the Underdark gave the Drow the ability to use Faerie Fire, and they used it both for decoration and use in battle.

It will be simpler to roleplay if you can get the image of fire shooting out of your hands out of your head and instead picture it as a cube of light outlining everything. You can also change your style. The spell is usable by characters from other books, including Artificers.

Of course, the light affects all objects in the area, not just the creatures and hostiles. A creature can not hold furniture, chests, weapon racks, and debris. They all fail Dexterity saves and emits light within a 10-foot radius. When attacking those objects, you gain an advantage as well.

This is ideal if you need to break down a door, open a chest, or otherwise attack these objects. While most 5e objects have low AC and hit points depending on their material, a little extra advantage never hurts. However, if you need to destroy an object as part of a quest, faerie fire can be very useful.

If your bard is particularly flamboyant and driven, they may decide to use faerie fire to enhance performance. Faerie Fire can turn things into light sources and draw outlines around performers at night to make them visible. It just is a burst of color that catches people’s attention.

Faerie Fire is used like a social spell sometimes. It does nothing but outline things in light for a moment. Perhaps you could fool someone into thinking they are protected because they used a shield spell, or that a mundane item is magical because of the Faerie Fire ‘Aura’ surrounding it. You could have some fun social interactions with the spell with a little impression management work!