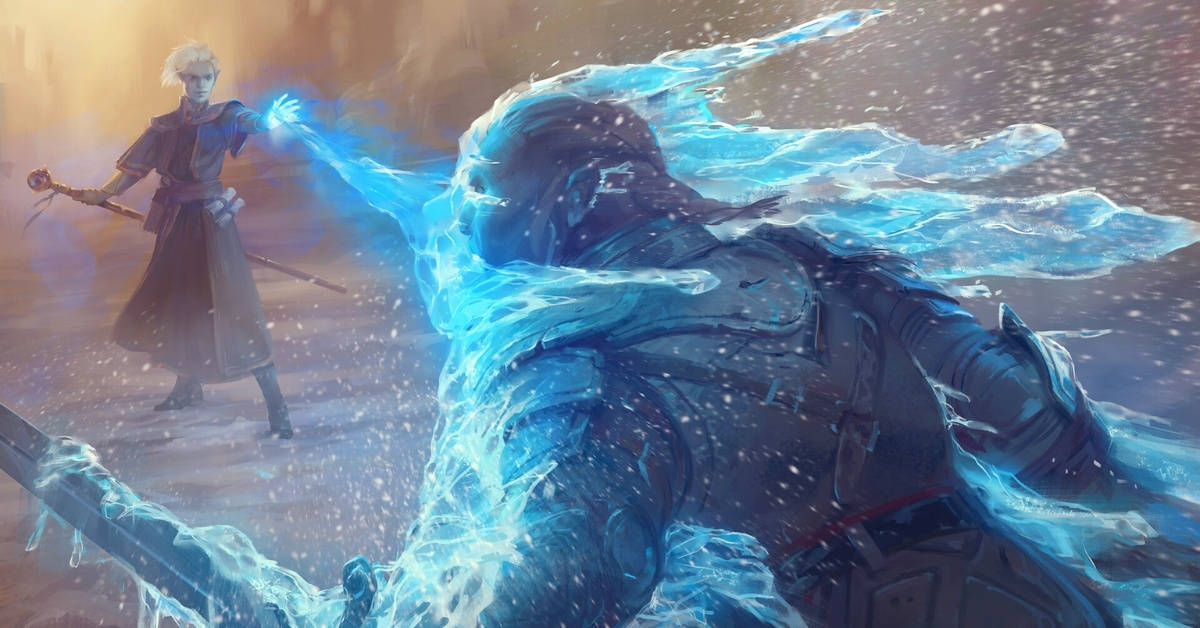 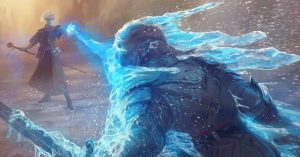 One of dungeons n dragons 5e’s most contentious feats is Spell Sniper 5e. It is largely due to how the situation can be. When compared to a feat like a magic initiate. which is fantastic overall, but it can feel incredibly underwhelming in the wrong situations (whether that means using it on a character class that isn’t the best fit, using it in unhelpful party composition, or even in the wrong type of campaign).
however, Spell Sniper 5e ranks among the game’s most potent abilities when used properly and in appropriate circumstances.

What are the rules for the DnD 5e spell?

Can you rely on the spell sniper feat?

How does the spell sniper feat affect spells?

Which classes compliment the spell sniper feat the best?

What are the rules for the DnD spell?

Spell Sniper 5e requirement: possessing the capacity to cast at least one spell:

You have acquired the following advantages as a result of learning how to improve your attacks with specific types of spells.

The range of a spell you cast that requires you to make an attack roll is doubled.
Your ranged spell attacks can bypass 3/4 of the cover. There is one cantrip you learn that demands an attack roll. Select the appropriate cantrip from the list you selected. You may be able to cast this cantrip for a warlock, cleric, or bard. You need charisma; for a druid, or cleric, wisdom; or for a wizard, intelligence.

The ability to double the range of your spell attacks can have a significant impact depending o the character class you chose (as well as the genre of game you’re playing).

If you can start casting spell attacks from the furthest distance at a charging foe, doubling the 120-foot range of spells like Firebolt and Scorching Ray(which, if dashing, could move from further)

When an orc is pursuing you across an open plane, a character equipped with spell sniper, and Fire Bolt can shoot at the orce eight times before it can launch an attack.

In real life, nothing is ever that easy.

It’s much more likely that you’ll be firing at the orc as it runs between cover to get to where you are. The advantage of a spell sniper applies in this situation I suppose. You neglect any AC boost the orc receives from being uncovered if you can see even a quarter of its body.

You’re not James McAvoy from Wanted; note that you still cannot attack the orc while under full cover. Additionally, provided that it requires you to make an attack roll, you may choose one more cantrip from the list of spells belonging to another class. While there are many effective attack roll cantrips available)” as well as many more ineffective ones). This sentence could just as easily be read (You can also get Eldritch blast).

Of course, a spell sniper is still an excellent choice if you’re a warlock who already has Eldritch Blast in order to expand your pitifully meager spell pool(two spell slots, pact magic) ad improve combat.

Your Eldritch Blast already has a 300-foot range increase thanks to Eldritch Spear. You get a cantrip with a range of 600 feet when you double it with a spell sniper. It will make you feel like a real sniper.

This raises the question.

Can you rely on the Spell Sniper feat?

This feat is useful for characters who like to keep their enemies at a distance and who rely heavily on spell attacks (such as warlocks and sorcerers).

The interactions between this feat and melee attack spells are a little stranger. While they are entertaining, they don’t entirely make spell sniper preferable to another feat or an increase in ability score.

The two cantrips grated by magic initiate (without the attack roll restriction) are going to scratch this itch a little better. Classes that find themselves short on cantrips(or simply want to chop some of another class flavor)could also choose to take this feat.

All in all, Spell Sniper is a fantastic feat for classes that enjoy unleashing damage cantrips like Oprah was handing out iPhones. It serves as an additional Eldritch Invocation for warlocks. They can then combine it with their other options to great effect. For most classes, this feat isn’t necessary.

How does the Spell Sniper 5e affect spells?

In DnD 5e, 29 spells have attack components, and the Spell Sniper Feat doubles their ranges. Keep in mind that feat has no effect on spells that have a range out of touch.

4d4+ 2d4 is fantastic acid damage (with guaranteed damage even on miss), to be able to use from the danger zone ad past cover.

You can now cast the blade rift up to 120ft away, making positioning it easier. Additionally, the melee attacks you make with the blade now have a range of 10ft. This makes it more difficult for enemies to flee the brutal force damage this 9th-level spell can deal.

This cantrip works well when used with a pike or halberd. It’s extending the range to match the weapon’s 10ft reach. Hit an opponent with this before they approach you in melee range. Watch them decide whether to take damage or approach you closely.

A reliable spell to start a long-range volley against an enemy closing the distance, as it prevents the healing.

The cover negation is a great pairing for this spell because it has a 1-in-8 chance to jump to another nearby enemy(infinity!)and can hit creatures in half and three-quarter cover, making it easier to utilize the party piece of this spell.

Chromatic Orb combines strong damage with a variety of damage types. Its only significant drawback is its relatively short range, which Spell Sniper
nicely fixes.

This spell makes a devastating combination with Spell Sniper thanks to its ability to fire seven 4d12 radiant damage mops at targets up to 240ft away.

This ability has one of the objectively best interactions with Spell Sniper. The ability to ignore the majority of forms of cover while still having great range and pairing well with Eldritch. Invocations are, fantastic. Additionally thanks to this feat, ay spell caster class-the Eldritch knight is a favorite-can now obtain the spell that the majority of warlocks sacrificed their souls for at the low, low cost of a feat, including bards, wizards, sorcerers, and others.

Firebolt is a cantrip with a 120-foot range:

Like Eldritch blast pairs well with Spell Sniper because it has cover-ignorance at higher levels.

It’s probably fair to say that Spell Sniper also increases the range of the fire damage that jumps from this spell’s target to a secondary foe.

Green-Flame Blade(cantrip)Range 5ft: This pickup would be useless if that were not the case. The ability to drop a homing beacon
on any adversary within, 240ft feet is a great way to ensure that your enemies don’t escape.

Guiding Bolt(1st) range 120ft: Furthermore, at the ultra-the range, it’s a great way to make up for the disadvantage the rest of your party faces when making weapon attacks at a distance.

Ice Knife(1st): Another strong low-level damage spell with a short range that can be fixed by Spell Sniper, which has a range of 60ft.

Ray of frost: A great way to deal damage and slow down an enemy’s approach as it tried to get to you is with the cantrip. It has a range of 60ft. If you keep using this cantrip, you can slow a charging Orc by 10ft per round.

Scorching Ray(2nd). It has a range of 120ft. Dish out a potentially massive amount of damage up to 240ft away (I always upcast this to the highest level possible). Please say “Yes”.

Congratulations, you can now pressure your enemies across the map with a massive, flying, flaming sword. It is also equipped with a Spiritual weapon(2nd). It has a range of 60ft.

Steel wind strike(5th): It has a range of 30ft. This spell deals with incredible damage. The longer range makes it even more likely that you can hit all five targets. In addition, it almost begins to act as an escape.

Storm Sphere(4th): It has a range of 150ft. Increasing the range of your storm sphere spell attacks is a great way to deal out a ton of lightning damage over a minute.

Thorn Whip (range 30ft): Draw creatures up to 60 feet away from you closer to you each turn. Amazing thing!

Wall of radiance(5th): Its range is 120ft/60ft. In addition to being able to conjure the wall over a wider area, you also get to fire off further-reaching beams each turn.

Witch Bolt(1st) range 30ft: Because enemies who escape the range of this spell break the tether and crease taking damage. For this, the 60ft range provided by the Spell Sniper is fantastic.

The Spell Sniper feat is a good fit for any class that relies heavily on cantrips for damage. Additionally, ideal candidates are classes that like to keep their adversaries at a distance. Those of you who are astute readers will notice that the Venn diagram of those two demographics is a circle.

The class that can most easily achieve this feat. An additional cantrip is nothing to sneeze at since warlocks only have a small number of spell slots available per short rest. Additionally, warlock’s Eldritch Blast is the attack that consistently deals damage.

A nice little power boost that you’ll feel almost every turn is doubling the range of the best damage cantrip in the game. (It is neglecting cover penalties).

My favorite “wombo combo” in the game can be executed by this class by the time they reach level five:

Quickened scorching ray(upcast to the third level)and Twinned fire bolt. This somewhat expensive showboating move(courtesy of Zee Bashew)has a higher chance of success. It can cast multiple spell attacks over a longer range and ignore cover.

Also, sorcerers are just as weak as wizards. Throwing firebolts from behind your party’s front line is a great way to keep your party alive.

Many half-caster classes and subclasses, such as the Arcane trickster rogue or the Eldritch Knight, can benefit from a solid ranged damage cantrip. (basically, Eldritch blast). This is a solid way to do it that increases the spell’s range. It makes it easier to pick off sneaky enemies hiding behind things.

If you want to provide your magical dabbler with any utility or even (gasp!) t0 damages cantrips, you should simply obtain a magic initiate.